GEOSPATIAL MODELING OF THE GULF OF MEXICO

The Conrad Blucher Institute’s Regional Geospatial Modeling Program is conducted in partnership with the University of Southern Mississippi, the Alabama Department of Transportation and the Florida Department of Transportation and focuses on the continued enhancement of the National Spatial Reference System adjacent to the northern coast of the Gulf of Mexico.  The project provides the foundation for geospatial modeling along that part of the nation’s coast which provides the largest economic return on investment and which is most exposed to inundation from tropical storm surge. The regions unique low-lying coastal topography will see increasing risk of inundation due to the long-term effects of climate change and subsidence.  The specific goals of the project include various height modernization research initiatives such as:

Sea level rise impacts coastal marshes, which serve as habitats for commercially viable species such as blue crabs and sportfish, and provide nutrient filtration and erosion buffering. Any change in sea level can impact these marshes significantly. The goal of this study is to observe how the elevation of these coastal marshes using Light Detection and Ranging (LiDAR) technology. LiDAR surveys of marshes have been conducted in Corpus Christi and at other site along the Gulf of Mexico in Mississippi and Florida, where data is collected and then analyzed to view valuable and accurate topographic information. 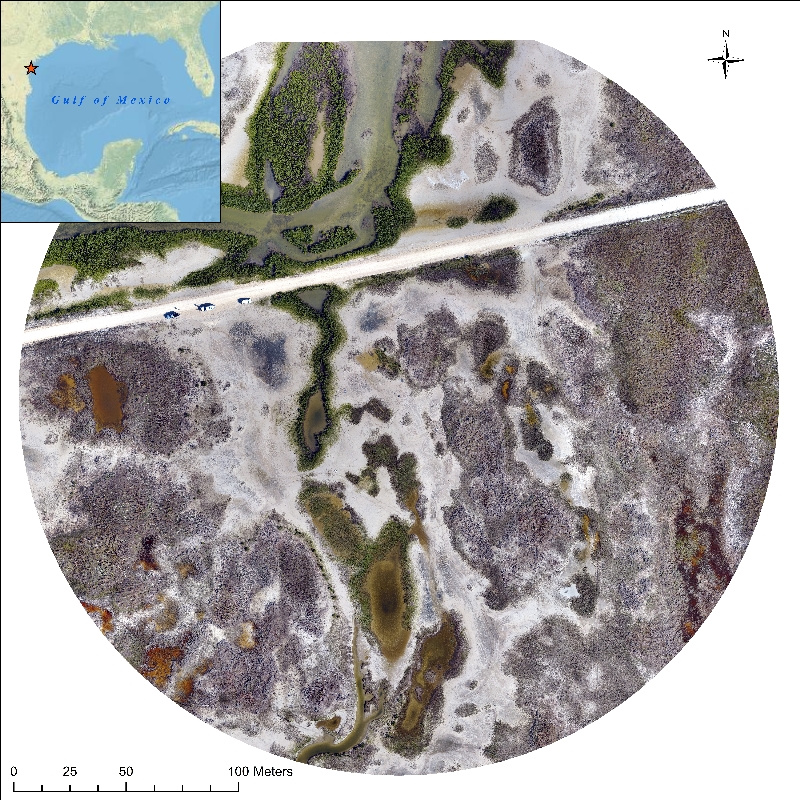 The goal of this subsidence study is to reveal areas along the gulf coast where subsidence is occurring. Data is processed from Continuously Operating Resource Stations (CORS) located along the coast of the Gulf of Mexico.  These stations take GPS information from Latitude, Longitude and height, and submit this data to a central repository daily.  It is then standardized, and different days can be compared as accurately as possible.  This information is then graphed to indicate trends. 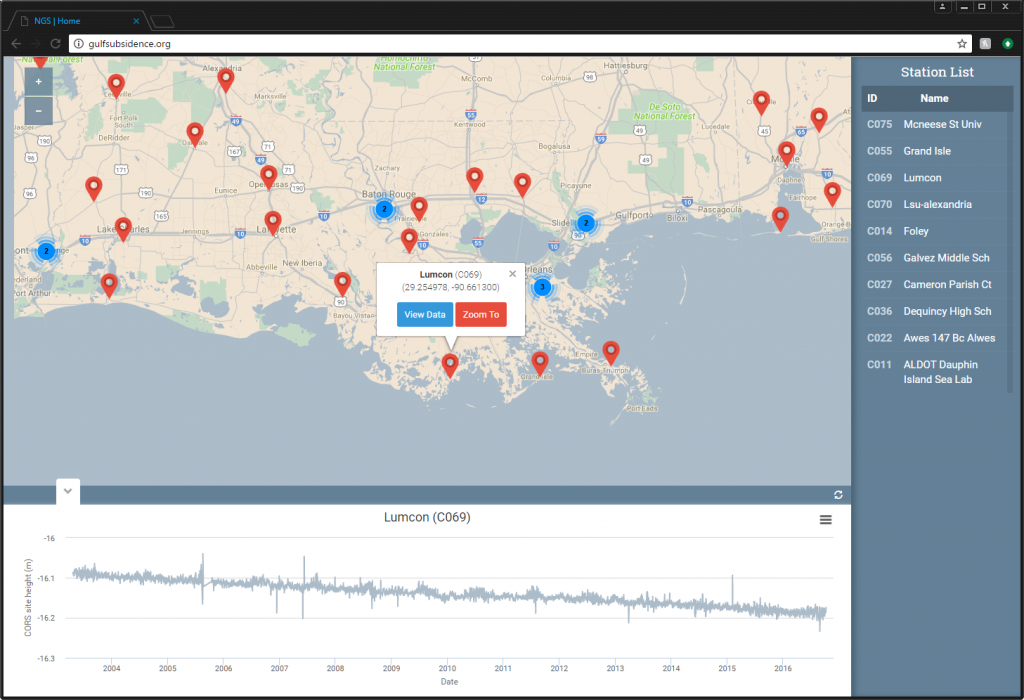 (Shown above) This is a tool that automates processing and allows access to data via the web. It was created for easy access to a time series of subsidence data for the entire Gulf Coast region.  This cGPS data is being processed with GipsyX provided by the JPL located at California Institute for Technology.  Current research is studying the impact of ocean loading on GPS by comparing cGPS and tide gauge time series presently focusing on Rockport, Texas due to the nearby locations and similar sturdy foundations for both instruments. This involves moving cGPS processing in house with a GipsyX license and customized controls applied to the data.

Along the North West shores of the Gulf of Mexico, subsidence often exceeds the rate of sea level rise (SLR). Yet the spatial variability of the resulting relative sea level rise (RSLR) is not well understood nor measured. Understanding and measuring RSLR is important to plan coastal structures, habitat migration, and anticipate future coastal flooding. The goal of this study is to develop a more precise technique to take advantage of a high density of tide gauges and measure the spatial variability of RSLR, as well as compare tide gauge signal and that of the continuous GPS signal of collocated Continuously Operating Resource Stations (CORS). 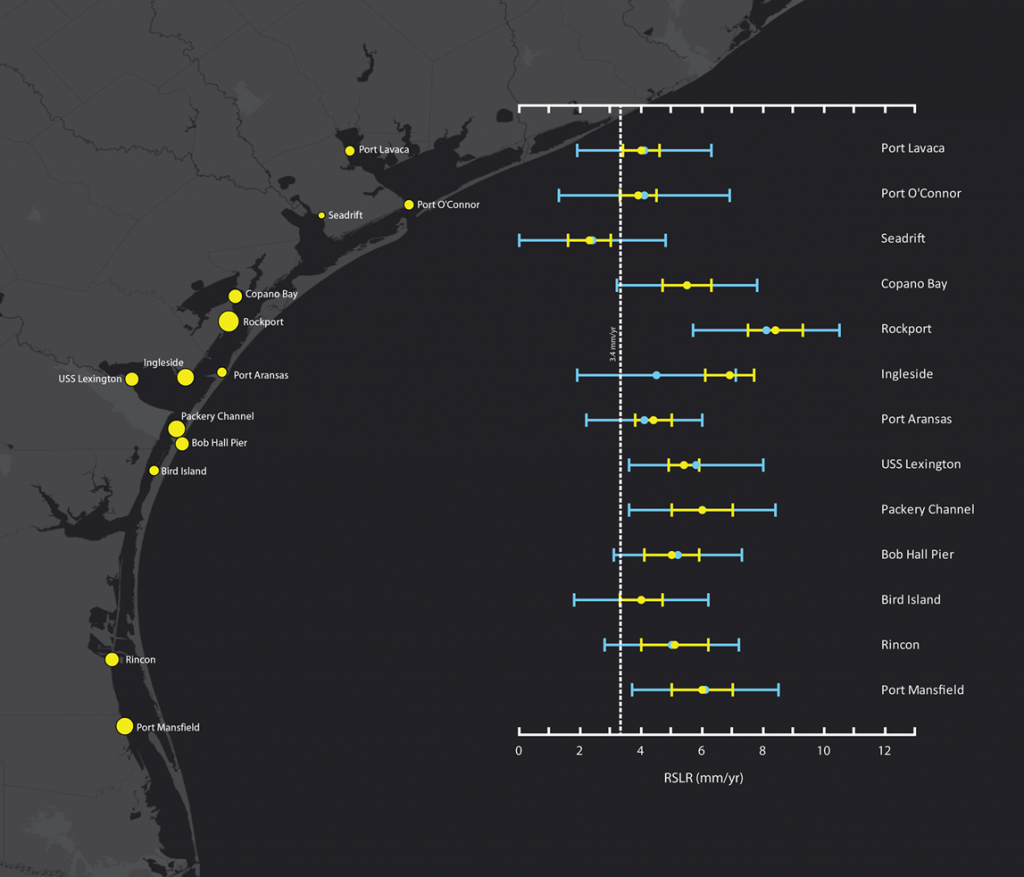