The Impact of Dr. Gary A. Jeffress, RPLS 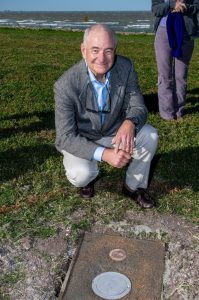 On December 20th, 2018, the Conrad Blucher Institute for Surveying and Science faculty, staff, and students, along with Dr. Frank Pezold, dean of the College of Science and Engineering, Dr. Ahmed Mahdy, Vice President for Research and Innovation, and Dr. Kelly Quintanilla, President of Texas A&M University – Corpus, celebrated the retirement of Dr. Gary Jeffress, Director of the Conrad Blucher Institute for Surveying and Science. Dr. Jeffress was also a former professor in the Geospatial Systems Engineering program which he created and nurtured for nearly 30 years ago.

After a roasting by faculty and staff, Dr. Jeffress was tasked with one last assignment, a retirement examination. Dr. Davey Edwards, who recently joined the university as faculty and the Blucher institute as professor of land surveying created a surveying problem which Dr. Jeffress was required to solve in order to determine the location of his parting gift. With his keen sense of direction, the solution to the problem lead him to a permanent, three-dimensional control monument which was installed by Institute staff. The control monument designated “Jeffress 2018” will be published in the National Geodetic Survey database as a geodetic control point in the National Spatial Reference System. The event was planned by Dr. Philippe Tissot assuming the role of interim director of the institute, and the CBI leadership team. The operations team at the Blucher institute under direction of James Rizzo, Director of Operations, will conduct GPS observations on the monument established at the entrance of the Texas A&M University – Corpus Christi. Jeffress 2018 will become a permanent point included in field exercises as part of the GIS Program from this point forward as a permanent position on Earth.

Click here to view all the pictures from the celebrated the retirement. 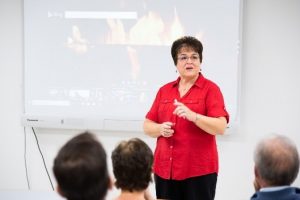 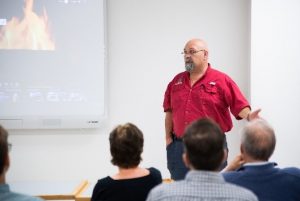 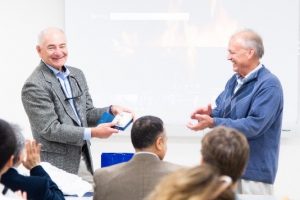 Shortly after coming to Texas A&M University – Corpus Christi, he was appointed to the Blucher Chair of Excellence in Surveying and became the principal investigator for the Texas Coastal Oceanic Observation Network or TCOON. The TCOON plays a crucial role in determining littoral boundaries along the Texas coast to this day. Gary has been actively providing land surveying services as an expert in his field in many prominent court cases such as the Kenedy Foundation vs. the Commissioner of the Texas General Land Office case and the Tarrant County vs. Denton County case.

Gary served as president of the Texas Society of Professional Surveyors in 1999 during which time he helped bring the four-year degree educational component to becoming a registered professional land surveyor in Texas setting a bar for other state’s requirements.

Dr. Gary Jeffress will continue to work for the Conrad Blucher Institute and Texas A&M University – Corpus Christi as a Research Scientist and take time to enjoy retirement here and in his home country of Australia. His legacy will always be imprinted in Texas land surveying through the graduates of the Geospatial Systems Engineering program at Texas A&M University – Corpus Christi.

Below are photos from the retirement examination. 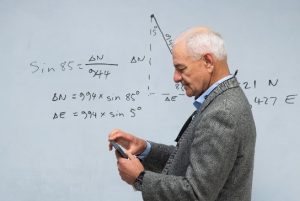 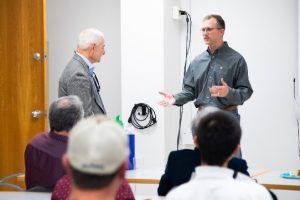 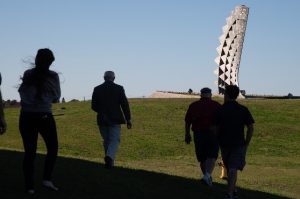 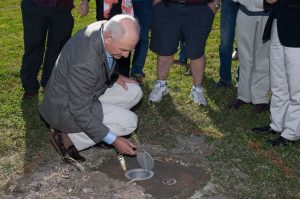 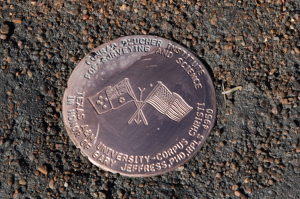