Rockport Beach is a nearly one-mile long community beach fronting Aransas Bay that was last nourished during the winter of 2015 (CEPRA Cycle 1603) and previously during 2004 (CEPRA Cycle 2 and 3).  The beach was originally nourished in 1988.  The beach is stabilized to the east by a 750-ft long groin that minimizes interaction between the beach and nearby Leggett Light Channel at the entrance to Little Bay.  The western boundary is formed by a groin that is an extension of Rockport Harbor.  The Aransas County Navigation District (ACND) maintains the beach which consists of surface grading mostly related to user redistribution of sand during recreation (reported as children digging large holes).

The east and west end of the beach have historically eroded at a faster rate than the central section of the beach.  A pre-nourishment assessment conducted by Coastal Planning and Engineering (2002) reported the average rate of shoreline change from 1988 to 2002 at -4.2 ft/yr with the greatest change occurring along the eastern and western section of the beach which had a higher localized rate of change at up to -8.4 ft/yr.  During this assessment conducted during 2002, the eastern end of the beach was devoid of subaerial beach. Assessment based on CBI Monitoring from 2007-2015 reported an average rate of change at -0.75 ft/yr with localized recession rates as high as – 4 to -8 ft/yr along the east and west ends.

Although the width of the central section of Rockport Beach has been relatively stable since 2007 the elevation across the berm has in general decreased in this area.  The east and west end of the beach met or approached action width between 2012 and 2015.  The beach was recommended for localized nourishment (Tier 2) in 2013 reporting.  The most recent nourishment effort was completed January 08, 2016 with placement of 6,581 cubic yards focused on increasing the width and berm elevation along the east and west ends of the beach.

Rockport Beach has experienced a definite slow but persistent erosion resulting in an average shoreline retreat rate of 3 to 8 feet per year. The restoration of the Beach Park includes the nourishment of beach by using quality sand from an upland source, the placement of a low lying dune along the landward boundary of the beach, and the installation of dune vegetative plants to reduce the loss of sand due to wind and to trap sand while propagating dune growth. 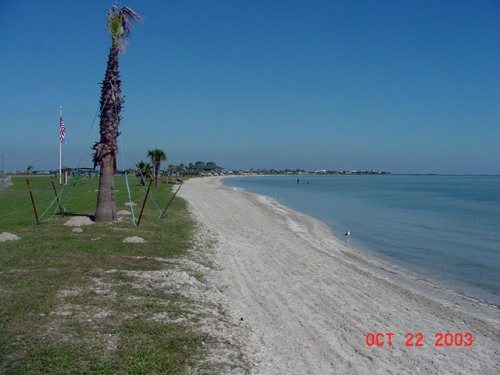 Weston Solutions, Inc. provided construction management and oversight for the nourishment of Rockport beach, including preparation of plans and bid documents, assistance to the Texas General Land Office (TGLO) during the bidding process, and construction phase engineering services. In 1998, the original beach restoration commenced but was eroded by 2002. In 2003, the Cycle 2 efforts (#1063) of TGLO finished the second and most recent restoration efforts of 33,255 cubic yards of sand along the 2,400 ft length of beach. 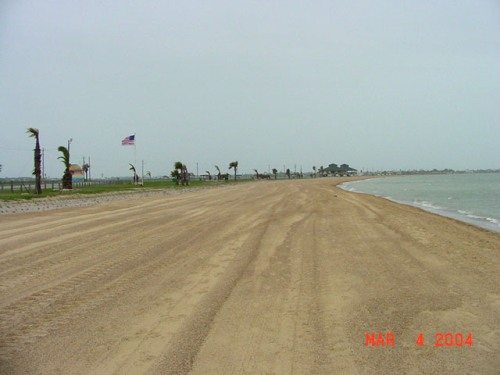